Rev Chris update for 16th May

Dear all,
I’m sending this update early because tomorrow, Thursday, is a special ‘festival’ day in the Christian calendar called ‘Ascension’. This is an event that is recorded in the gospel of Luke (and Mark) and at the beginning of the book of Acts. Both Luke and Acts are generally attributed to a disciple by the name of Luke, although there is no direct evidence (as is often the case!).
The Ascension sets out a scene whereby the risen Christ returns to the heavenly realm. It gives a beautiful sense of Jesus handing over the mantle of proclaiming what God has done through Him, for all creation, to the disciples that he has been fostering and nurturing over the last three years.
The biblical narrative has been depicted in paintings by various famous artists across the ages. An interesting modern interpretation was by Salvador Dali (1958); 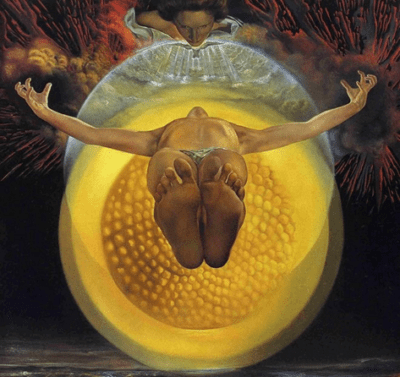 Dali said that his inspiration came from a “cosmic dream’ that he had in 1950. In the dream he saw the nucleus of an atom, which we see in the background of the painting. Dali saw this nucleus as the representation of the unifying spirit of Christ. The feet of Christ point out at the viewer, drawing the eye inwards along his body to the centre of the atom behind him. The atom has the same interior structure as the head of a sunflower. So, now you know!
In the church calendar there is a nine-day period between Ascension and Pentecost (Whitsun – I’ll say something about that next week), called The Novena, or Nine Days of Prayer. I know it all sounds very confusing but the point I’m coming to is that the church always produces a book of prayers for that nine-day period, and you can find that as one of the attachments to this update. Alternatively, you can download a free prayer app from the google play store, or the app store, called Thy Kingdom Come – it has daily videos and readings as well as a contribution from Archbishop Justin Welby.
On the administration front that time has come when individuals can take the opportunity to be nominated as a member of Diocesan Synod – essentially the overseeing committee/body for Canterbury Diocese. This is the place where significant Church of England policies are discussed and implemented. You can be nominated if you are a confirmed member of the Church of England and are on the parish church Electoral Roll – should this be of interest then let me know and I can send you a nomination form. 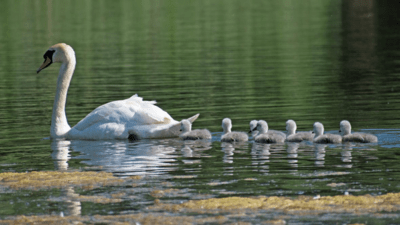 Back to more fun stuff and it is encouraging that we move a step closer to the easing of restrictions. We had our first drink at a pub for a long time the other evening. It was one of those perfect spring evenings and we had walked along the riverside path from Maidstone to Allington lock – it would have been rude not to stop, buy a pint, and sit and watch a swan and her seven cygnets drifting by. Just for a moment all was well with the world!